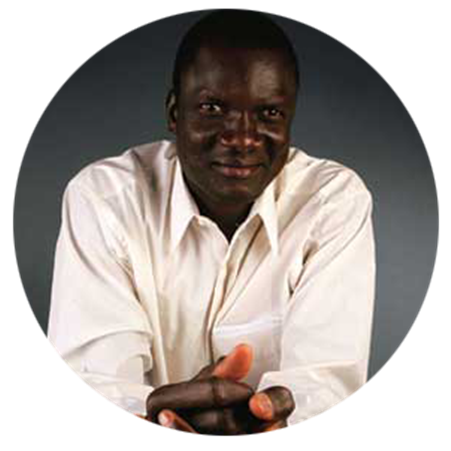 John Dau is currently the President of both the John Dau Foundation (JDF) and the South Sudan Institute (SSI). He is an influential part of many efforts to bring hope and peace to the people of South Sudan, having founded four nonprofits and raised over $3 million to build and run the Duk Lost Boys Clinic in his home village of Duk Payuel in South Sudan. Dau has received many prestigious awards, including a National Geographic Emerging Explorers Award, a Volvo for Life finalist award, recognition by the World Economic Forum as a Young Global Leader for 2008, as well as dozens of others. The award-winning documentary film God Grew Tired of Us portrays Dau’s 14-year, 1,000-mile journey as a “Lost Boy” of South Sudan, his eventual move to the U.S., and his early and deep commitment to being a human rights activist for the people of South Sudan.