Transitioning an Organization from its Local Origin to Support its International Focus: A Board Perspective 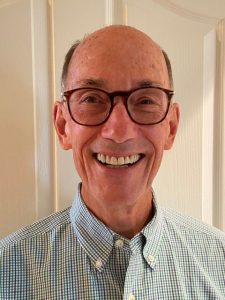 Richard A. Poppa (pronounced Poppy) is a Planning Facilitator and Governance Consultant and serves as Manager of RAPt Consulting, LLC.   He served as President and Chief Executive Officer of the Independent Insurance Agents & Brokers of New York, Inc. for more than 20 years, retiring at the end of 2016 as President Emeritus.

What has been your experience as part of leadership of an organization like the John Dau Foundation, over the last years?

I would say it’s been difficult, because you know we’ve worked hard to try to fulfill our mission to provide quality health care in a meaningful and caring way to the people of South Sudan. We’ve had a number of obstacles, but we’ve really had to try to keep our focus on our beneficiaries, because there have been a lot of issues along the way that could have allowed us to stray from what we’re trying to do in South Sudan.

We’ve had really significant financial management, communication, security and leadership issues as a board over the last several years. To understand the experience, you really have to start that at our core; we‘re a faith-based organization. We were started by John Dau and a number of members of the first Presbyterian Church of Skaneateles. Our church sponsored four of the lost boys: John, Jacob, Andrew and Santino.

When those four young men came into the church life, it was a very great experience for our church. It was something that caused many of us to understand much more deeply some of the problems that these young men had experienced. After John finished college, he decided to dedicate his life to helping the people in South Sudan.

He and our Church, together, set up the John Dau Foundation. It was initially focused on simply building a clinic, equipping the clinic, staffing the clinic and then turning it over to the local authorities. It was a church in Skaneateles that was going to do a small, but hopefully meaningful project in South Sudan. We realized very quickly that what we had expected in terms of the capacity and the capability of the people in authority in South Sudan just wasn’t going to materialize.

At this point, we had to quickly shift from the idea of doing our work and leaving, to really having a sustaining activity in South Sudan. The board experience has been trying to catch up with what’s developed in terms of our mission. It’s been a very rewarding experience. It’s been frustrating at times; it’s been certainly challenging. Our ability to keep our focus on why we’re doing, to really help provide health care and nutrition care in South Sudan, is what continued to drive us and keep us motivated.

What are the challenges you face as an organization as it evolved?

Our biggest challenge was really keeping up with the exponential growth of John Dau Foundation. Additionally, we were a New York-based foundation operating an organization in South Sudan. Only a few of our board members had been to South Sudan. But for the most part, we were a bunch of central New Yorkers trying to understand what’s going on in South Sudan. One of our biggest challenges was not really understanding the culture and the setting while trying to just keep up with this growth.

As we kept getting these grants, it kept taking us in different directions. We really found ourselves kind of chasing the activity and the dollars that allowed us to expand. We had very limited financial resources outside of the project money or program money that we had in South Sudan. So, we weren’t ever able really to build an infrastructure to support what we were doing. Then in addition to this, another challenge was simply the security issues in South Sudan. We really were naïve to the tribal and political issues that we were dealing with there.

Despite all of these challenges, what has kept the board engaged.? You did mention it was a faith-based organization, did that have an impact?

As we were exposed more and more to what was going on in South Sudan, it opened our eyes to the need and kept us committed to our mission and why we started the organization. Therefore, in order to do that we had to work together and come to the best conclusions and take the best direction we could.

What are strong qualities of a board?

A commitment to the end goal and mission, having a strong attachment to the organization as well as to each person in the board. Diversity of thought. Openness and transparency. We have to have an ability to disagree without being disagreeable. I really think our board has been able to do that, because you know we’ve had some challenges and we’ve been able within the board to disagree on things but haven’t been disagreeable about the way we approached it. I think a strong board also has to have a clear understanding of its fiduciary role, its relationship with the CEO and staff.

A board really needs to kind of understand what its role is. One way this can be achieved is ongoing board training. And with that there has to be ongoing board evaluation. A board needs to constantly be focused on “how do we get better” and “how are we doing”. There also has to be ongoing and consistent individual board member self-evaluation. So, after a board meeting, we all need to sit back and say, did I prepare correctly? Did I participate correctly? What could I have done that would have been better to present for the board?

Another characteristic of a strong board is the ability to persevere through adversity. I think we’ve demonstrated that, but I think any really strong board has to be able to do that. Understanding that each of us have our strengths and weaknesses and a willingness to work through that and to still be committed.

How important has the role of the board been in JDF successes?

As I’ve mentioned, a board really needs to kind of be clear about its vision and values. Then, make sure that the organization has strong leadership in place. With that being said, our success in serving our beneficiaries is due primarily to the hard work of our staff and our leaders in South Sudan.

Our most important contribution to JDF’s success has been our realization that we’ve outgrown our ability to govern properly and operate as we should as a board.

How do you see humanitarian organization boards, in general, evolving to this new normal?

I think this is going to cause boards to have a clearer focus on their mission and their core ideology and core values. It is going to be critical that they are able to present what they stand for in a very specific, very easy way to understand. For humanitarian organizations, the whole issue of supply chain is going to be a critical adaptation. As it has always been a problem in South Sudan, now transportation will become even more interrupted.

It will also be critical for humanitarian organizations to learn new ways of getting your message out for fundraising. This will certainly challenge the whole idea that you have to “friend-raise” before you can fundraise. Traditionally “friend-raising” is much more of a social activity — cocktail parties, tent parties, walks, bike rides, runs — and a lot of that is going to be restricted for at least the near future. So, organizations are really going to have to figure out new ways to “friend-raise” to fill in for this gap.

What are in your opinion the biggest lessons other boards can learn from JDF?

I think we could have done a better job of managing our growth, I think this is something that boards could learn from us.

Hopefully boards can learn that getting themselves in the mindset that if you’ve got issues you’ve got to find a way to really change them, you can’t just keep doing the same thing. I think something hopefully boards could learn from us is that, you’ve got to match your board diversity and perspective and geographical spread to match your mission. And this goes back to some of our very earlier parts of the discussion about you know we started out as just a local church-based organization. But managing or trying to manage something halfway around the world in a culture and a country, we didn’t understand.

Then I think the last thing that I would say is just the importance of the board understanding what its role is and a board’s role over time certainly shifts. When a board first starts out, it’s going to just, by nature, be much more engaged and involved. The last thing is just perseverance. You just got to know that you’re gonna get knocked down and you just have to get back up and keep going.

What concerns you about the world and then also on the other side what gives you hope?

Well, what concerns me is climate change and our environmental degradation and the loss of species. That is top on my list in terms of what concerns me and of course the continued hunger and poverty in all places and particularly in developing countries really concerns me. I think I’m one who has a real strong belief in free enterprise and in business and capitalism. My concern is that we’ve ended up in a kind of a war where it’s one or the other. It’s either you know keeping our economy strong or protecting our environment.

I believe that we are starting to see leadership emerge that understands that the two are not mutually exclusive, that we can be focusing on saving our environment and saving species and yet still building business enterprises that put people to work. At its core business is simply giving people purpose and jobs and so forth. So, to me one of the things that gives me hope is the sense that we’re starting to see some people emerge that don’t see those two aspects of our world as mutually exclusive.

I would say the other thing that constantly gives me hope is just the human spirit. I mean you know it’s just the human species and just the way we’re built is very uplifting. Of course, God’s grace and the presence and the direction that God brings to the world. Well, I wanna say a real way of having hope and good thoughts for the future. If you look historically, as bad as some things seem right now if you do look historically, we’ve never been in a better place in the world than we are now.

No Replies to "Transitioning an Organization from its Local Origin to Support its International Focus: A Board Perspective"