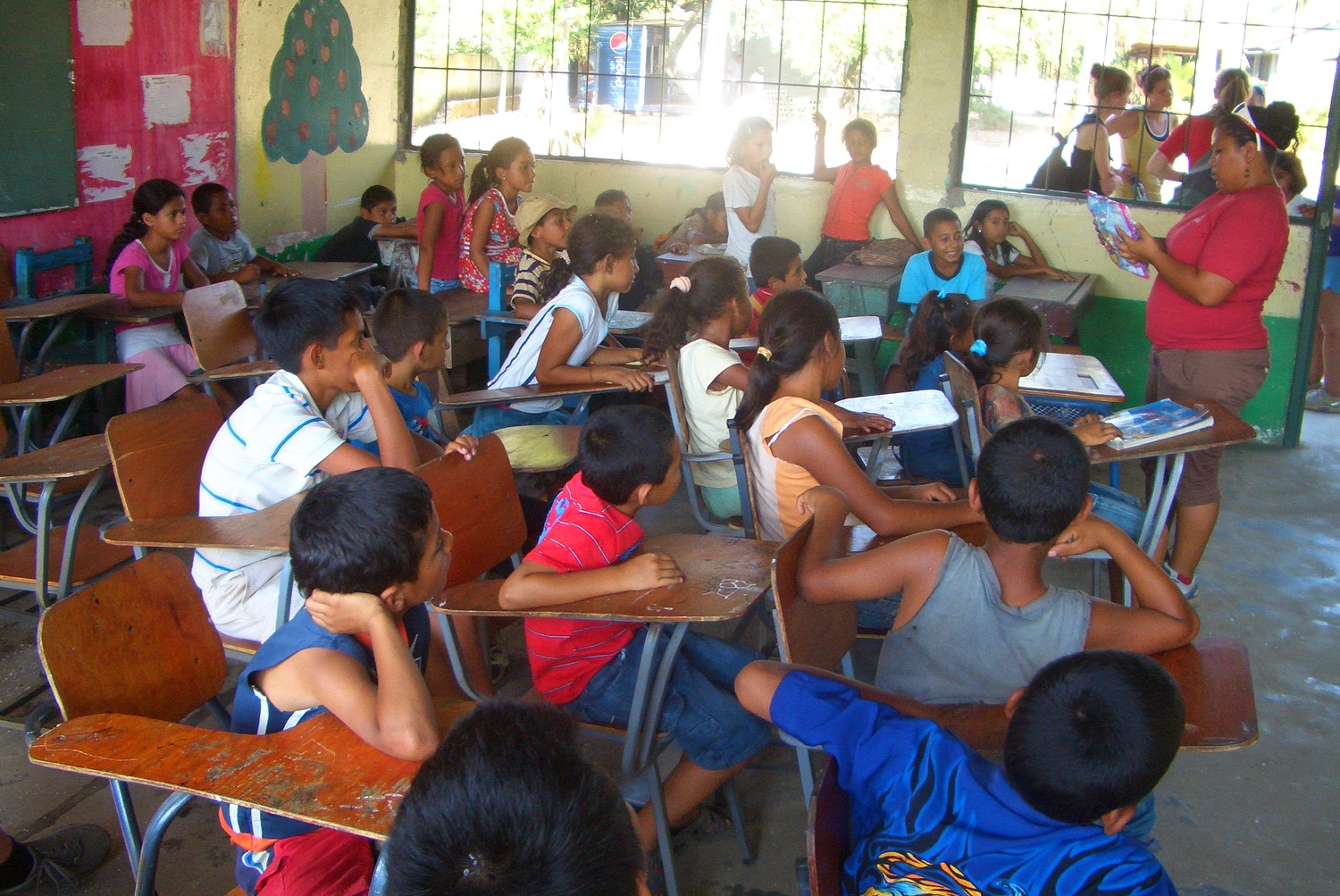 Spot the Voluntourists! Photo by: the Author.

Voluntourism refers to volunteers who pay an organization to engage in a short-term program of service in a community abroad. As this phenomenon has exploded into a multi-billion-dollar annual industry, it has come under scrutiny and critique, the most recent manifestation of which is the End Humanitarian Douchery campaign. The campaign, with the aid of a satirical video, urges potential volunteers to be informed about the causes and organizations they volunteer for. To this end, it provides a toolkit for how to be a “responsible volunteer.”

NPR notes that for-profit companies are increasingly jumping onto the voluntourism bandwagon. However, it was really nonprofit organizations that first conceived of and orchestrated international volunteering. For instance, Students Helping Honduras sends U.S. college students to rural Honduras for 10 days. There, the volunteers build schools and orphanages and also do site visits and various quasi-touristic activities.

With all of this hullabaloo, it might seem that voluntourism is a core, motivating aspect of the mission of the organizations that offer it. However this is not necessarily, or even most commonly, the case. Rather, international volunteers are essentially a fundraising revenue stream. Nonprofits will never depict it as such, because doing so might dissuage potential volunteers and inhibit recruitment efforts–hence the need for me, the NGO-Lorax, to say it. But think about it: If an NGO charges thousands of dollars to a volunteer so that s/he can spend 10 days at a village in Honduras, or Uganda, or Antigua, the NGO does not, and should not, need to spend all of those funds on catering to the volunteer. Instead, the NGO ends up with a net profit. Assuming the organization is well-managed and mission-driven, it uses that profit for the overhead and programmatic costs of providing needed services to the community.

In fact, drawing on multiple sources of funding– diversification–is a well-known best practice of nonprofits. International volunteers are, by definition, part of a subset of people who are not willing to fundraise for or donate directly to the NGO. But they are willing to pay handsomely for the experience and privilege of living and serving short-term in a community abroad. Ultimately, the fees from these volunteers could be part of a fiscally sound diversified resource generation strategy for the NGO. (Such a revenue stream might even be called “social entrepreneurship” if it were more trendy.) However, as more and more organizations adopt this strategy, there has a arisen a competitive need to convince volunteers to choose your volunteering program over another–hence the tourism component of “voluntourism.” This, taken in moderation, is nothing new: nonprofits have always offered incentives for volunteers to engage with the organization, a practice known as volunteer engagement [pdf].

Regardless of revenue potential, the End Humanitarian Douchery campaign rightly points out that voluntourism can be damaging to the local community. For instance, international volunteers take jobs that locals could be doing. Yes, of course locals are much more qualified to, say, build their own homes, and in an ideal world, they would already have a home or at least have the means of building one. But how are they supposed to do that if they cannot afford to buy the construction materials? And how is the NGO supposed to provide those materials if it does not have funding?

Similarly, the End Humanitarian Douchery campaign (and other assorted media coverage of the “voluntourism” phenomenon) suggests that volunteers who are not qualified to do a certain job at home should not, under any circumstances, be doing that job abroad. Yet when we haphazardly decry all international service by “unqualified” volunteers, we may be eating away at the revenue streams and funding strategy of an NGO that is providing much-needed services to a vulnerable community. This is all the more urgent as NGO funding is increasingly restricted, and funding critical overhead costs is increasingly difficult. (See the “Nonprofit Starvation Cycle.”) Engaging “voluntourists” is a way for some small-scale, grassroots, or startup NGOs to generate much-needed unrestricted funds

I know this to be true because I’ve been on both sides of the voluntourism table. I have been an international volunteer/voluntourist, at the aforementioned Students Helping Honduras. I’ve also been part of a funding board for an organization, where we briefly considered starting a hybrid volunteering/residency/tourism opportunity and charging participants. We considered this not because there was a lack of human resources or qualifications within the local community. We considered it because the “voluntourism” would potentially generate revenue in order to sustain the central programmatic activities of the organization; and, importantly, because we knew that the volunteers’ presence would not explicitly clash with the mission or disrupt the community. If international volunteers do disrupt the local culture or economy, then that organization is making a socially irresponsible and strategically unsound choice regardless of revenue potential. In terms of organizational strategic planning, a revenue stream which undermines strategic goals is not a strategically sound revenue stream.

In the end, there is a lot more all of us can do in the development sector to be more accountable, more informed, and more nuanced. Volunteers need to be more critical of organizations, and to fundamentally alter their discourse and attitudes about volunteering abroad. NGOs need to be more strategic in their activities and more transparent about their funding. All of us need to take a more community-driven, rather than a market-driven, approach to our engagement in communities abroad. But included in this is that, before condemning and demonizing all the unqualified “voluntourists,” as I’ve seen in mainstream and social media, we all need to do our research on each organization that draws on international volunteers and try to discern why it made the choice to do so–as with the Truffula trees, there might be a good reason to save voluntourism.

Cassondra Puls is an MA candidate in International Educational Development at Columbia University who has served in fundraising and development roles with educational NGOs in the U.S. and abroad.

No Replies to "VOLUNTOURISM: THE NGO PERSPECTIVE"