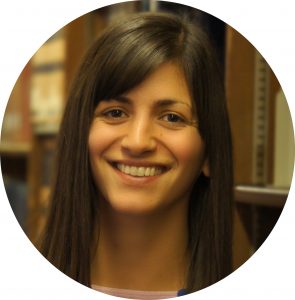 Within the field of countering violent extremism, research and interventions that do consider the role of gender in recruitment have mainly focused on women in violent extremism. However, men and boys are disproportionately recruited by and join extremist groups, and they are more likely to carry out extremist violence. With an increasing interest in shifting the narrative from countering  to “preventing” violent extremism, there is a need to look deeper into the reasons why men join such groups, and to examine how their gendered identities constructed in day-to-day lives are manipulated for recruitment purposes.

Promundo, is an organization that through research, programs, and advocacy “works to promote gender equality and create a world free from violence by engaging men and boys in partnership with women and girls.” Currently, the organization is conducting research to understand the intersections among gender inequality, harmful masculinities, violence-supportive attitudes and practices, and violent extremism and is exploring ways to work with young men around identity construction and trauma in order to prevent their recruitment into extremist violence.

What was the catalyst for conducting this research?

How does gender serve as a driver or indicator of one’s vulnerability and likelihood to ascribe to violent extremism?

We have to see gender as a relational concept, beyond just the (albeit important) experiences of women and girls. Gender does not mean the biological traits we are born with, but the societal expectations placed on us to look, think, and act a certain way. Violence isn’t a biological trait; it’s a learned behavior. And it can be unlearned. We see violent extremism as one form on a continuum of violence. For example, in many instances, the same men who are perpetrating extremist violence are also committing gender-based violence against the women and girls in their lives and communities.

How might norms and identities related to manhood be drivers of violent extremism? How might they help unlock opportunities for its prevention?

Several factors, both structural and individual, overlap and cause men and boys to engage in violent extremism. Men’s sense of self-worth is often inextricably tied to the gender norms that dictate that men should protect and provide for their families. When these goals are unachievable, some men may find violent extremism an attractive option to fulfill these roles, particularly as violent extremist groups are very good at manipulating these norms for recruitment purposes.

Extremist groups’ recruitment strategies that target men and boys (who are looking for a path out of economic frustration, political invisibility, and social stigmatization) benefit from society’s expectations that boys are expected to be financially independent as soon as possible in order to be a “good son” and a “real man”. In addition to these pathways of voluntary recruitment, it should be noted that in certain contexts, boys are sometimes forced into joining violent extremist groups. In either case, the nature of young people’s agency in joining extremist groups should be carefully considered amongst very limited opportunities and must fundamentally be understood within the context of power differentials and constraints on the choices available to young people.

But just as traditional masculine norms and identities can contribute to violent extremism, subverting them in contextually relevant ways can lead to protective factors. Close ties to friends and family, psychosocial support, and equitable gender attitudes are all sources of resilience.

How might organizations that actively work to prevent violent extremism better design programs to account for masculinities?

Violence can be cyclical. Through our International Men and Gender Equality Survey (IMAGES), we have seen that men who witnessed violence during their childhood – particularly their fathers commit violence against their mothers – are more likely to commit similar violence as adults. But likewise, we see that men who witnessed their fathers take on more traditionally “feminine” tasks in the home – cleaning, cooking, caring for children – are more likely to take on those roles in their adult relationships. We want to promote the more positive, peaceful, and gender equitable cycles among men and their families. Just as men can be perpetrators of violence, they can also be voices of peaceful resistance, and we want to identify and amplify those voices as role models alongside those of women peace leaders.

What might communities be able to do to prevent recruitment of men and boys into violent extremist organizations?

Solutions should always come from communities themselves – they know their own circumstances and vulnerabilities best. But one thing that is crucial is social norms change. Simply providing educational or economic opportunities will never be enough without transforming the broader expectations that men and boys are raised to aspire to. All their lives, people are inundated with messages about how they are supposed to think and behave, depending on their gender. We internalize these messages that we receive – from parents, siblings, teachers, friends, media, etc. – and adjust our behavior accordingly. If men no longer felt the pressure to provide economically or to be physically able to protect their loved ones, what would they aspire to do and be?

Changing masculine norms doesn’t just mean working with men – it includes changing women’s and girls’ perceptions and expectations of what it means to be a man, along with their own pressures to fulfill socially acceptable womanhood. To change gender norms, we have to work with everyone.

At the same time, normative change by itself is hard to sustain if not accompanied by structural changes such as meaningful educational and employment opportunities for boys and girls.

The research on women’s experiences of and roles in violent extremism and that on men’s have been moving forward on seemingly parallel tracks. We would love to see a synchronized, holistic approach to gender that looks at everyone’s life experiences through a nuanced gendered lens. We would also like to see a greater focus on the linkages between public and private violence, considering how the gendered experiences of trauma, humiliation, shame, and revenge oscillate between the public and private spheres, and what this means for the prevention of violent extremism.

Abby Fried is a Senior Program Associate at Promundo, a global leader in promoting gender justice and preventing violence by engaging men and boys in partnership with women and girls. At Promundo, Abby’s work focuses on program development and training on evidence-based interventions to transform masculinities and prevent violence, particularly in settings affected by conflict and high rates of violence. Previously, Abby worked as a Peace Corps Volunteer in Panama. Abby holds a Master of Arts in gender analysis and conflict resolution from the Fletcher School of Law and Diplomacy at Tufts University and a Bachelor of Arts from Boston College.

No Replies to "Rethinking Gender and Violent Extremism"

Posted in: Blog, Gender, Vantage Points and
tagged with