In 2016, PASS helped spearhead the Helping Hospitals Heal Children (H3C) project. This initiative was the brainchild of Ambassador Kadyr Toktogulov, the Kyrgyz Republic’s Ambassador the United States and Canada. In this interview, Ambassador Toktogulov discusses his motivations for kickstarting an international health project—and explains how international development projects are more than the sum of their parts.

You are a passionate advocate of Kyrgyzstan. What are the things you most wish people knew about the country?

First of all, I’d like people to know that there is Kyrgyzstan! We’ve been independent for 25 years. The people of Kyrgyzstan have a long, great history. Kyrgyzstan is also very beautiful, with amazing, gorgeous, awesome mountains, and with beautiful people who strive to be independent, to enjoy their freedoms, and who want to live and work hard to live in a democratic society. We have very talented youth who are working hard and making every effort to make Kyrgyzstan a successful member of the international community. Those are the most important things I want people to know about Kyrgyzstan—just to start!

You were a journalist for many years. What motivated you to join the public service?

I had been a journalist since my graduation in 2003 to the end of 2010. In 2010, my country went through dramatic political changes, with the former president and his family members and associates fleeing the country because they were forced out by protesters—ordinary Kyrgyz citizens who were fed up with corrupt rule the former president had. More than 80 people were killed by security services. The country was really going through dramatic changes. Everyone was concerned for the future of the country—whether we would survive this political upheaval. Whether people’s aspirations and sacrifice for the country would actually lead to better days for the country.

That’s what made me think about what I could do for the country. Back then I was living in Kazakhstan, nearby Almaty. I thought it was time to go back home. Then, when there was an offer to join the Prime Minister’s office to work on press and media relations, that’s what I did.

That’s how I ended up changing jobs. I have enjoyed this journey that I started in 2011. It’s been great to be able to do something meaningful and important for the country, both through the PM’s office and the President’s office, and now in my current capacity as the Ambassador to the U.S. and Canada. It gives me great satisfaction that I’m playing a role and making a contribution to the country’s development.

It seemed that, in your role as ambassador, you had a desire to start a new social project in Kyrgyzstan. What motivated you to want to do that, and why did you choose the health sector in particular?

As ambassador, the biggest priority is certainly to develop good, friendly relations and work to strengthen cooperation between our governments—the governments of the U.S. and the Kyrgyz Republic. That’s one part, but I thought that there’s more that I should do and I can do. I thought that one of the ways to strengthen relations between our countries would be to have a project in the humanitarian sector. I am acquainted with the needs of children’s hospitals in Kyrgyzstan, and the issues that those hospitals have. So I thought children’s health would be an important area to work on.

In addition, I have a friend—the filmmaker Elnura Osmonalieva—who once did a film, Almaz, about a cancer survivor. With friends I traveled to Europe after her film’s national premier and stopped by hospitals in Italy where Kyrgyz child cancer patients were being treated. Those images stayed with me, and motivated me to start a project to benefit children with cancer in Kyrgyzstan.

Overall, I really wanted to take advantage of my position here as ambassador to the fullest to start this kind of project, so that after my term is over, I can say that together with friends, PASS, and other organizations, we have achieved great results for children in Kyrgyzstan. I wanted to do something we can all be proud of.

This is not just about children in Kyrgyzstan. This is also about bigger and wider cooperation in this sector. 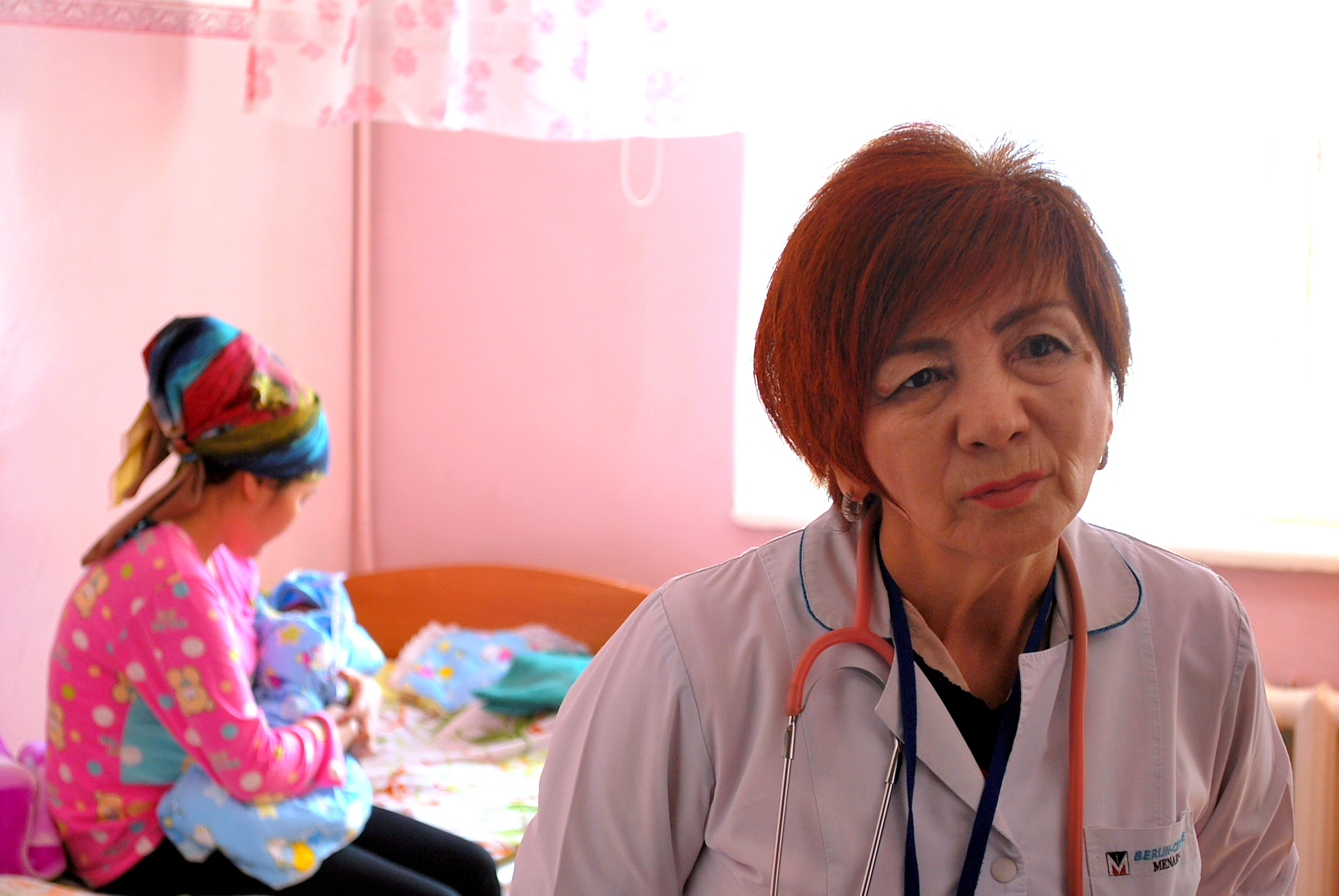 A doctor and patient met during the first H3C assessment of hospitals. Credit: Cassondra Puls / PASS.

What is H3C, and what has it accomplished so far?

When I met [PASS CEO] Dan Puls in the fall of 2015, we just started talking about what can be done in terms of strengthening cooperation between the Kyrgyz Republic and the U.S. This led to the creation the project that became called Helping Hospitals Heal Children, or H3C—I like the name of it!

H3C is a project to aimed at improving the capacity and quality of care of two children’s cancer centers in Bishkek, the capital. We have already made great progress with this project. We have sent teams of doctors to do two detailed assessments in the hospitals. This has enabled us to identify needs, which makes it much easier to decide on what to do next for the hospitals. We have now reached the first phase, sending shipments of medical supplies to hospitals. Later phases will introduce more medicines and medical supplies, training, advocacy, and cross-national collaboration.

What I like about this project is that it’s not just a one-off effort. All along we’ve been thinking about ways to make it long-term sustainable, which would then develop into a bigger project with mobilizing resources both here in the U.S. and in Kyrgyzstan, which would then lead to stronger connections, stronger relations between certain individuals and organizations in both countries.

So this is not just about hospitals. This is not just about children in Kyrgyzstan. This is also about bigger and wider cooperation in this sector, and I think there is great potential as there are wonderful people on both sides, and many more are willing to join. I’m really looking forward to next phases of this project.

Most of all, I would like to have a kind of project that would not depend on the state of bilateral relations—on how our governments are interacting. 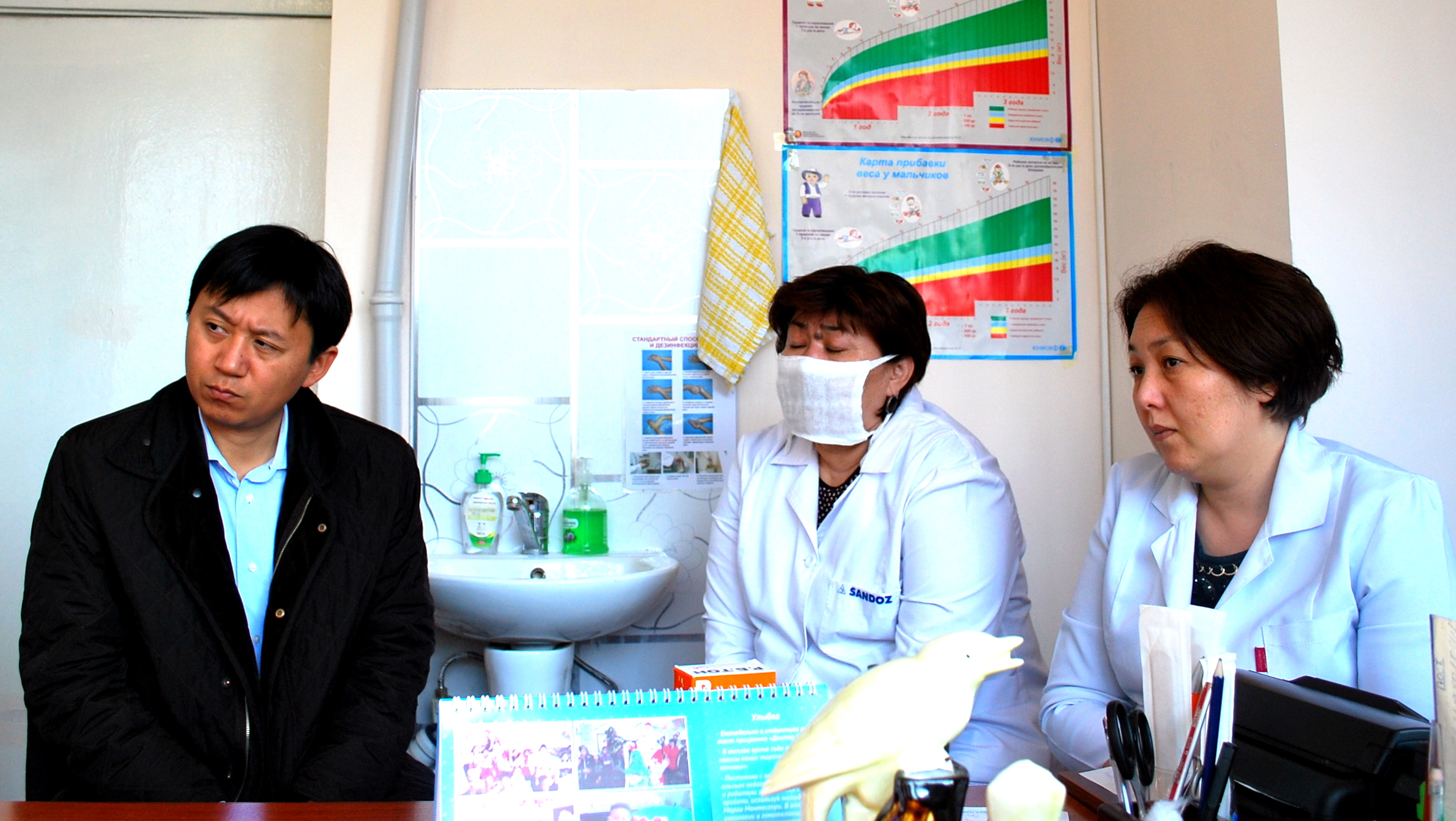 What is your vision for H3C?

Our goal all along has been to make it a long-term sustainable project that would not depend on whether I am here in this position as ambassador. I wanted us to start something, and work on it, so it gains its own momentum and its own upward trajectory. Ultimately, my vision is that H3C would not be limited to two hospitals, but would lead to more in-depth cooperation between hospitals of Kyrgyzstan and the U.S. and with doctors visiting and traveling, doing joint research, with doctors in Kyrgyzstan learning a lot from their colleagues in the U.S. That’s what I would like to see happening in the future, and I hope that will be possible. That just leads to stronger friendship between the Kyrgyz Republic and the U.S.

Most of all, I would like to have a kind of project that would not depend on the state of bilateral relations—on how our governments are interacting—because there could be low points in our bilateral relationship or some disagreements. But friendship between the people of the United States and the people of Kyrgyzstan should not be affected by that. Things we can do together—to save lives, to improve hospitals—should not depend on how government officials talk to each other.

Today is better than yesterday, because of so many people around the world that are working hard for common causes. That gives me hope. 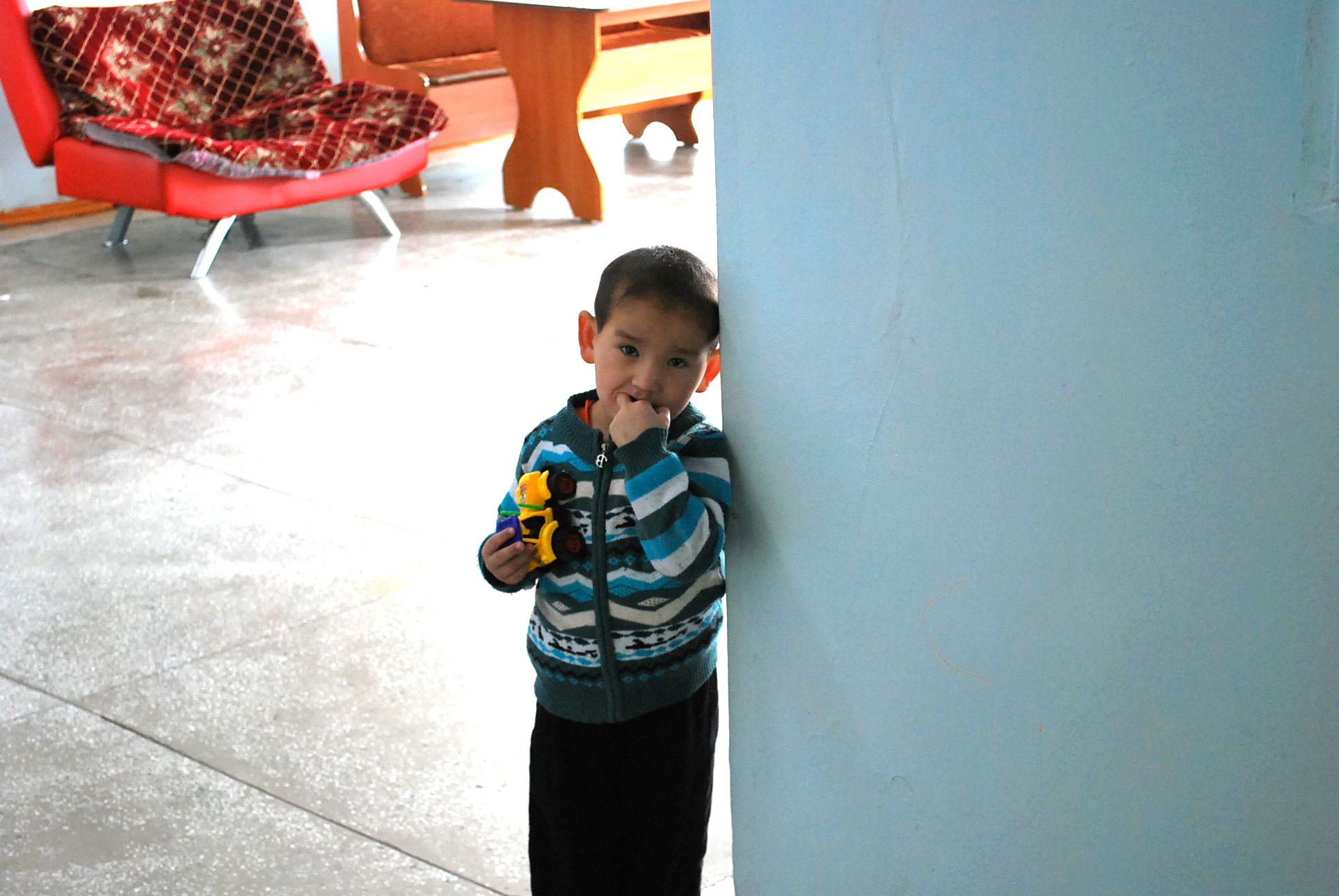 Child patient at one of the H3C target hospitals. Credit: Cassondra Puls / PASS

What have you learned from kickstarting an international cooperation like this?

Current events in the U.S. propelled the media and journalism into the forefront of our national attention. From your experience as a journalist in your region, what is your opinion of the state of media today?

Without commenting on current debate and discourse in the U.S., I want to talk about my experience as a journalist in Central Asia and Kyrgyzstan and my work prior to being ambassador. I have always thought and do believe that media and journalists are important for preserving and strengthening democracy and democratic rule. Media are indispensable in any democratic society and nation. Kyrgyzstan wouldn’t have come this far in its democratic development without outspoken independent-minded journalists. We do have a very vibrant media scene in Kyrgyzstan. They don’t shy away from talking about things and mistakes they think you may have made. They ask tough questions. They grill you. But it’s for the benefit of the people of the country. They must know the truth to be able to judge whether elected officials are being effective, are doing their job.

With the development of new IT technologies, it’s become more difficult to control media. People go use social media, people go directly to other sources. Journalists don’t always have to have their news printed, they can just tweet it off, publish from their Facebook pages, various social apps. There are less and less means to restrict the flow of information—which is always a challenge for government!

What worries you about the world today? What gives you hope?

What worries me is a level of cynicism in the world. Perhaps that has to do with me spending more time in the job that I’m in, learning more about what’s really happening in the world! There’s too much cynicism generally, especially when it comes to big humanitarian crises. I’m concerned about a lack of interest and care for people in other countries that are going through the greatest humanitarian crisis of our times.

What gives me hope is the good and kind nature of the human race. There’s still a lot of kindness, a lot of people who care about human dignity, justice, freedoms. I’m always impressed when I see people in government positions, NGO sector, civil society, who are doing their work tirelessly to make our world a better place. You see people that work day and night for an important cause. That gives me hope.

Sometimes there could be mood swings—oh man, this all sucks! But with these mood swings, we should not fail to see a bigger picture of a lot of people working for a better world, and that we are making great progress still. Today is better than yesterday, because of so many people around the world that are working hard for common causes. That gives me hope.

No Replies to "Ambassador Toktogulov on Helping Hospitals Heal Children"