Religion is the Neglected Part of Civil Society 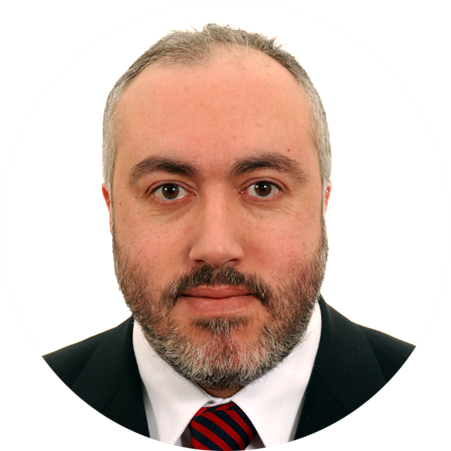 Since the 1980s, as Western foreign policymakers began to recognize the diversity of societies, the term civil society seeped its way into their vocabulary mainly as a soft power instrument for democracy building and good governance. As this concept developed, voluntary associations and non-governmental organizations (NGOs)—like human rights groups, election monitors, media, labor unions, and others—were allowed to play a part in crafting relations abroad and influencing foreign policy. Mainly, emphasis was placed only on engaging liberal, secular groups, excluding faith-based organizations (FBOs) and religious leaders. Today, the task towards inclusion is still incomplete and indigenous religious society remains excluded from engaging in and impacting foreign policy projects. Given the expansion of globalization and the tremendous influence religion has on lives of its adherents, diplomacy with transitioning democracies, non-secular nations, and authoritarian regimes demand that FBOs and religious leaders are engaged. The foreign policy community—including the government, private, and nonprofit sectors—needs to reconsider its attitude towards this neglected part of civil society and bring engagement into the mainstream.

Since it became an established component of foreign policy, the Western world has loosely coalesced around this idea that civil society stands in contrast to political society. While there is no classical or universally accepted definition of civil society, there is some agreement on its fundamental characteristics. The World Bank terms it a “wide array of non-governmental and not-for-profit organizations that have a presence in public life, expressing the interests and values of their members or others, based on ethical, cultural, political, scientific, religious or philanthropic considerations.”

However, practical engagement on an international level with the religious parts of civil society is limited. Tour schedules and program initiatives from the State Department, USAID, Freedom House, National Democratic Institute (NDI), International Republican Institute (IRI), National Endowment for Democracy (NED), and others consistently show meetings and engagement with all sectors of civil society, while religious leaders and FBOs are left unengaged and out of the discussion.

The reasoning behind this policy is that U.S. diplomats and civil society organizations do not want to be seen as embracing one religious group over another, especially in places where deep religious tensions may run high. In addition, the U.S. generally prefers to promote the value of separation of church and state. While these concerns are understandable, they ultimately create a rift between the U.S. and important religious leaders, many of whom have influence over large swaths of society now out of the reach of U.S. engagement.

With billions of followers, record charitable donations, and unrivaled societal influence, religious society must make its way into the foreign policy community’s definition of civil society. By elevating the stature of religious engagement on the international level, the U.S. and the West will begin to see significant breakthroughs in traditionally anti-Western parts of the world and create opportunities that benefit national security, diplomacy, trade, and cooperation.

Ironically, religious society is the largest part of civil society in the United States. According to Giving USA, in 2012, charitable contributions by individuals, foundations, corporations, and others totaled $316bn in the U.S., with religion—specifically houses of worship—by far receiving the largest share at 32%. Furthermore, individual contributions represented 72% of all charitable contributions made last year, which underscores the personal connections to religion that people feel in American society.

In the Muslim world, there is a distinction to be made between modern and traditional civil society. Modern civil society exists in the form of human rights, advocacy, democracy promotion, election monitoring, labor unions, and others. Indigenous, traditional civil society exists in the efforts of the waqfs, mosques, and religious institutions. This distinction stems from the traditional view that the role of the state is solely to provide security for its citizens—hence its perception of military society versus civil society—while social services and all other societal functions were left to the communities, or the jama’ah.

The idea of the jama’ah puts religious leaders and organizations at the center of traditional Muslim civil society. Ulemas (religious leaders), mosques, madrasas (religious schools), jami’as (universities), and other Islamic institutions make up this core. In many cases, the jama’ah presents itself as a direct competitor to the hegemony of the government within the nation-state. It is able to remain economically viable and independent in their communities through religious taxes and waqfs (religious endowments or trusts), which have grown into a very formidable nonprofit sector in their own right. In many countries, waqfs provide education, health, and other charitable services to the locality. One such example is Islamic Relief. This NGO—one of the largest relief organizations in the world—is based around the idea of the waqf, and has far reaching efforts across the Muslim world.

In Central Asia, a similarly traditional civil society exists in the form of urban community organizations known as mahallas. Predominately in Uzbekistan, mahallas are built around religious and community ties and have historically provided services to their local communities in times when the state cannot. Structured as an Islamic community council of sorts, they are closely linked to the daily lives of their members. They act as welfare centers in times of need, a place for civic discussions, and an intermediary between citizens and the government. In recent years, the government has attempted to engage the mahallas, which has elevated their political standing and cemented their place in Uzbek society.

How and Why We Neglect

The State Department has largely avoided developing direct partnerships and dialogues with religious leaders and organizations. In the 1990s, the Office for International Religious Freedom was created to provide Congress with reports on the status of prosecuted religious minorities. While this noble effort has given a stronger voice for international religious freedom, little emphasis is put on engagement. Historically, Western diplomats and the vast majority of civil society organizations have only felt compelled to approach religious organizations during serious conflict or disaster situations.

This U.S. policy of non-engagement among the State Department and civil society organizations can partly be attributed to the often-misunderstood assumption that other countries have matured into functioning nation states. After World War II—and later the Cold War—large efforts were made on behalf of the West to help many fledgling nations democratize. U.S. civil society organizations flocked to many parts of the world to promote democracy, but neglected institutional nation building. Eventually, the philosophy of foreign policy engagement assumed that civil society is only secular and/or liberal. This was where religious groups were left out of the equation. Religious organizations, with all of their infrastructure and service apparatuses—key building blocks of the modern nation state—were unengaged because they were not seen as partners for democracy. Today the West almost universally supports only secular and liberal civil society groups and largely neglects religious organizations, many of whom represent millions of people and remain the most influential sectors of society. This begs the question if the West can really afford to only engage secular, liberal civil society organizations. Will the West be able to accomplish its foreign policy goals with the status quo?

A quick browse of initiatives by major civil society organizations reflects this lack of engagement with religious groups. For example, NED, which operates in more than 90 countries, has provided lucrative grants for projects to promote democracy and civil society initiatives, but very few if any of the grants go towards engagement with religious or faith-based organizations.

In the rare instances when the West has opted to engage with religious society, however, the results have proved beneficial. In 2011, the historically and religiously significant River Jordan was practically dried up. As the government-sponsored regional groups failed to protect the river, the Friends of the Earth, Middle East (FoEME) made it a point to engage with all stakeholders in the river’s health, including the religious community. FoEME sponsored tours and events for the Christian, Jewish, and Muslim communities, all of which maintained the River Jordan’s religious significance and sanctity as a holy site. FoEME organized informational events and seminars with religious leaders specifically to educate, campaign, and advocate for the revival of the river to their local government and stimulate donations. This approach was successful, as awareness and recovery began to restore the River Jordan to its historic strength.

The core sources of anti-Westernism among religious factions of civil society that have prevailed over the last few decades are almost explicitly linked to the West’s neglect and policy of non-engagement. Most intelligence professionals will candidly say it is necessary to engage with, or at least talk to, everyone who is relevant. Doing so creates understanding and most importantly, trust. Why is this not applicable to diplomacy? The current policy of non-engagement simply pushes religious groups into the hands of extremists or opportunistic politicians, while the West willfully reduces its influence.

Judd Birdsall, a former staffer in the Office of International Religious Freedom and the Secretary of State’s Policy Staff, understands these concerns. In a Religion and Politics article, he noted the dangerous implications of non-engagement saying, “If you were a strict church-state separatist and thought we should only work with secular groups, there would be large swaths of the earth that you just couldn’t engage at all.” Birdsall’s words highlight the mentality of religious groups who are left out of dialogues with Western diplomats and civil society organizations. When left unengaged, these groups feel marginalized, become anti-Western—sometimes militantly—and claim national identity. Religious organizations and clergy need to feel they are considered by the West as a part of the fabric of society, not outcasts.

Religious engagement also has implications for humanitarian relief. Many countries have attempted to block U.S. relief services from entering on the grounds that they were being used as another vehicle for Western influence. Simply reaching out to Islamic relief organizations —or even local waqfs—and offering to collaborate on aid delivery and other basic services would separate any perceived political intentions from the humanitarian effort. This would build trust between the collaborators and indirectly cast the West in a more positive light among religious society.

The precise methodologies for engagement are for a separate article and a separate discussion. What is clear is that the existing methodology of engaging secular, liberal civil society organizations through grants and other means may not be entirely relevant or useful in this case. Generally, religious engagement should not be based on financing, supporting, or promoting religious groups. It is also important to emphasize that engagement needs to transcend scholastic discussion of religion. FBOs can prove very resilient in other facets of a national debate including education, humanitarian assistance, and development. Western governments and civil society organizations should increase the visibility of these issues by bringing clergy and religious scholars to panel discussions and international dialogues on a more frequent basis like the work of FoEME and Counterpart International. There is no illusion that this will be easy, but the discussion must begin somewhere. Though the work has started, there still needs to be a larger debate among diplomats, politicians, the NGO community, clergy, and FBOs about the vital role religious society can and should play in foreign policy. It is high time to finish the job and mainstream religious engagement. The next debate that should take place about this issue is not when, but how.

No Replies to "Religion is the Neglected Part of Civil Society"